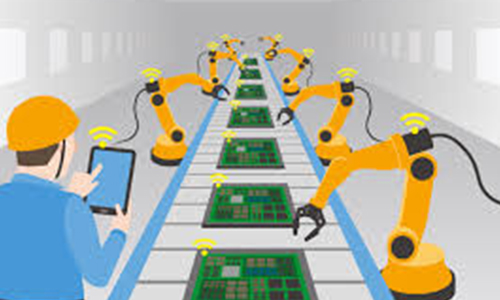 An observant from the history’s standpoint will quote Automation as having first heard of when the Automobile Company Ford had first introduced Automation to manufacture its Cars to reduce workforce intervention thus cutting the cost to manufacture a Car. Automation has thus far forked into serving many different departments that we identify as Business, Processes and Activities involving repetitive tasks. Automation takes various avatars based on the target business that it offers a solution in, Automation will always be the means to cut down human intervention to as minimum as possible, and likely to replace humans completely as we dive into the world now increasingly depending on Artificial intelligence.
Talking now of Automation related to the IT fortress, well the idea of Automation in IT was more of an eventuality than merely an intention. Most businesses that rely on It for its day to day operations are increasingly demanding the need for automation and quiet understandably the market performance due to competition in their own sectors has been a major contributor to planning more automated operations in the interest of saving on spending on a dedicated IT professional to control the same task that can easily be performed through Automation. Most of It Automation processes involve creating a process using various Tools, Languages and frameworks with a regulating Algorithm to define the automation processes. A single or a series of events could trigger the start of Automation, for example a load process to read data from a file to a database on receiving a file in a certain folder, herein the receiving of a file behaves as the trigger to start the process.
An Automation that handles the Configuration of software and infrastructure components , identifies corrective actions for an unexpected change is usually referred into the advance levels of Automation. The Automation scope can vary from a single to a multi-step action plan depending on the task.
The benefits of having IT Automation are many, some of the notable ones that identify IT Automation to have made a change in behavior of the regular pattern of manual changes are
Disadvantages
An important aspect of Automation must be clearly understood when it comes to the scope of Automation intelligence, An Automation is only as intelligent as it was last coded or modified. The usual expectation from naive users of Automation products is that it is expected to undertake all possibilities of events such as an unexpected shutdown of a server, such an event can only be investigated from the logs and nowhere will Automation understand the failure impact when a restart is considered. The intent behind the above disclaimer is not to degrade the Automation capability but to ensure that the Algorithm to Automation is periodically upgraded for any bugs that could have been identified and fixed before the next run.
The future prospects of Automation is IT is the reality of most IT operations, as we network more with the common protocol of Internet, Artificial Intelligence is building its potential exponentially to create breakthrough differences in our normal mode of performing an activity. Automation has the right appetite to be fed by the AI stock as it gets replenished with time or event, IT Automation promises to enable many unexpected changes that is bound to change our regular pattern of living.
Previous Post