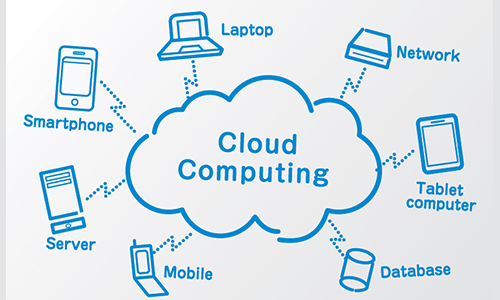 The 3 V’s – Volume, Velocity and Variety need no introduction to someone who has visited the Amusement and Fantasy that Big Data idealizes in, it was never thought of that what a Big Data Technology can now do could ever be done. As we migrated from Kingdoms to democracy, Technology has sailed us from being restricted to a more network driven world, where we have our identity, a characteristics patterns that claims to define us in reality. Big Data is the symbolical Mammoth that has risen from the minds of those who dedicated themselves to tackle the enormity of excitement yet helplessness that the vastly ever-growing Data brought upon our Database Doctors.

With the advent of the never known elephant logo called Hadoop, clusters of servers could now be setup with commodity servers to perform high performance and scalable operations on huge data sets that the currently existing Internet offered to us. Not to forget the mention of Data Replication and Safety, Hadoop swept away the traditions of RDBMS by begetting many different and distinct technologies such as YARN, MAPReduce, HIVE, Base, Spark, Kafka, PIG and many more in the making. These technologies could now stand pack to not compete with the traditional Relational Database but now to lead and guide the once robust and unshaken Database brands to a world of open source communications with a “Welcome” to the world of Big Data.

As we comprehend the fact of possibilities that Big Data Technologies could perform on Heavy Volumes of Data, Let’s go back in the lineup to the Collection of Such Data whose change in dimensions caused a complete stir in the Technology Market. Most of Everyone are now are increasingly identifying or shifting their way of living to a “Smart” device controlled living such as the Smart Phones, whatever be the brand the utility obviously remains the same to make our individual lives more comfortable and entertaining. Social Networks, Mobile Applications, Ecommerce and Online Utilities are some of the many gateways that invite data to be entered on the Keypad. These Data or information that we as humans feed into the Chip driven devices get stored in various forms which are “securely” stored by various companies that drive the Gateways.

Data as it increases with every pulse of our living has increasingly become a virtual treasure repository that leads companies and Organizations to process data to the best of their benefits. For Example a company that manufactures bags may be looking for a possible market to release its latest Italian styled women’s Bags, for which the best lead would be if they would know geographies of working women who are most likely to be their customers. The fact that cities have the highest population of Working Women may just be common sense but the even more detailed information relating to which individual Lady may have clicked on Facebook Ads for Bags may just be the right fish that the Bag manufacturing company would have wanted net.

Data Analytics is a mental labor that has a clear job description of expecting the Data Scientist professional to decipher the patterns of behavior in the obtained Data Dump. Big Data being a reservoir of Data Collated different Companies, secured in their own instances of Technology is the treasure that every Big Data Analytics companies wants to get hold of. A question may then arise with respect to the privacy of the Data, and the answer to that lies very clearly by the Data Capturing companies to declare data security policies in open and adhere to it, a more trustable option would be to setup a Data Security Regulator that ensure strict and penal action against any irregularities in the privacy of private data captured from internet users with or without their knowledge.

Big Data Analytics is now a technology distinction on how best to use data securely and intelligently for various purposes may be profitably or even to help a better or safer society. Many Big Data Technologies have cropped up from various different firms and even open source communities. Some of the most famously known Big Data Analytics preparation technologies include Python, R, Spark and many more.